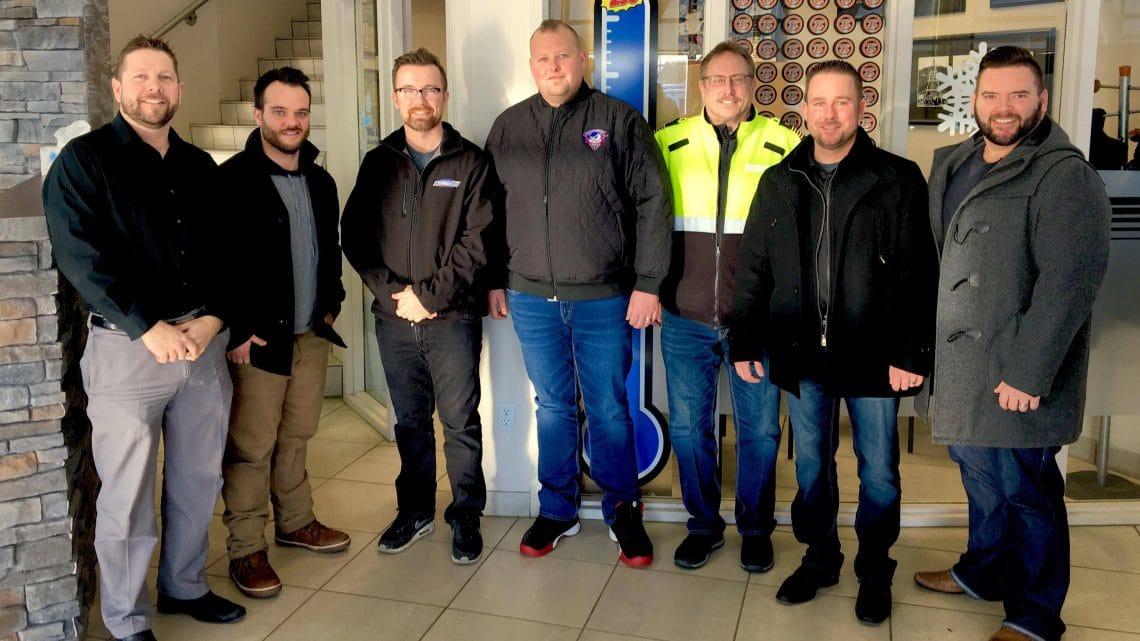 Boundary Ford and the Lloydminster Rescue Squad have teamed up to help "rescue local families" this holiday season.

Boundary Ford has donated a total of $13,000 to The Goat's Christmas Wish; an annual charity supporting local families and individuals leading up to the Christmas Holidays. The Rescue Squad is partnering to help the Christmas Wish initiatives. The donation comes from the recently-launched Boundary Ford Gives program, which will, "continue to support many different local causes in the future," according to Steve Cassidy, Marketing Manager at Boundary Ford.

"We couldn't think of a better opportunity to help out people living in our area at this time of year than by supporting The Christmas Wish," Cassidy added at the announcement at Boundary Ford on Monday Morning.

Rescue Squad Chief Norm Namur says it was an easy decision to get involved as he, "listens [to the Christmas Wish] every year and has to fight back tears." He adds he is, "happy to be able to support local families in such a way."

Story by Jesse Tieman. Photo and Story Courtesy of MYLLOYDMINSTERNOW.COM